Overwhelming and disjointed information about the novel COVID-19 has caused misconceptions and raised fear among people. What was originally meant to be meaningful information has been misconstrued to mean that being infected with the virus automatically leads to a death sentence.

HomeDoctors is a creation by Fauzia Mohamed, Making More Health, and Joanna Amoah, BioPharma Contracting Manufacturing Business. Both are Afrika Kommt Fellows from Kenya and Ghana respectively working at Boehringer Ingelheim. They describe HomeDoctors as a digital public health animation, which focuses on sensitization, and education on different health-related topics. It captures typical conversations between two African women. The women’s familiarity to each other allows for honest conversations and dramatic expressions. The main characters, Mami and Nia (named after Joanna and Fauzia) represent typical hard-working African mothers who earn a living by engaging in small businesses. In this first episode, Mami and Nia in partnership with Making More Health, Wilo Group, and Bosch Power Tools seek to address the issue of stigma during COVID-19 times.

With the outbreak of COVID-19, stigma has become a critical issue in Africa. Inaccurate stereotypes have been formed and now many African countries are struggling with the issue of stigma in addition to the growing list of the impact of the virus. There have been several accounts of stigmatization against different groups of people: recovered patients, healthcare professionals, and returnees from abroad. They collaborated with local partners; Bawala Studios, Liezer Legacy, Swahili Pot, and fellow Afrika Kommt colleagues to produce the educative animation in other languages spoken in Africa. The animation is available in English, Swahili, French, Yoruba, and Nigerian Pidgin and accessible here.

The animated video hopes to nip this issue of stigma in the bud before it takes root and bears bitter fruits that future generations will still be grappling with.

We invite you to watch, like, and introduce Mami and Nia to the world. By sharing this video, you could save one more person from the trauma of stigma.

What are you looking for?

In order to analyse the use and to improve our websites and to inform you about our company on other websites, we would like to use cookies. If you agree, please click “Accept”. If you would like to select individually which cookies we can use, to amend your settings or to receive more detailed information, go to More Information. 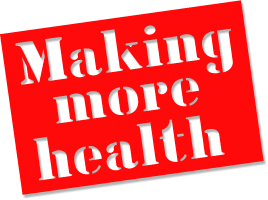 Through this tool you may choose to activate/deactivate single Technologies used on this website.